RECLAIM | FLOURISH
You’re an ambitious, thoughtful person who knows how to get things done.

You’ve already made it through some pretty rough patches, managed to stay afloat, and even had some big successes (definitely something to celebrate!).

But now you're stuck right in the middle of a major crossroads...and beginning to wonder if you'll ever find your way back to you again.
It's okay. I've been there too. 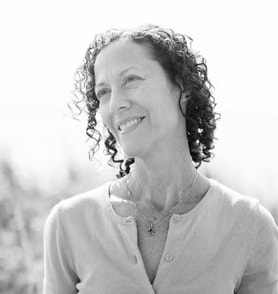 Hi. I'm Nancy Martin.
​
I work with people like you who are navigating a big thorny change - whether it's a move, a career overhaul, a breakup, or other major challenge or roadblock.

I help my clients figure out their next steps so they feel more calm and ease, can confidently move forward, and can truly make their life count.

But I have to say: This wasn’t the work I'd envisioned for myself…
Twenty-five years ago, I was an industry engineer, sitting in countless meetings and tromping around (and on top of) large power plants. I did things like lead plant construction and engineering teams on pollution reduction strategies, advise senior management on environmental issues, and sit on regional and national policy groups. I also spent time in management for a tech startup and coordinated a high-profile public-private partnership.

But growing into that first role definitely wasn’t a slam dunk.

When I started, I was a super timid young woman. And before I knew it, I was thrust into a high-visibility role with tons of responsibility. A lot of the time, I was the only woman in the room...or roaming about those gargantuan plants.

Was I intimidated? At first? Heck yeah.

But I grew into my steel-toed shoes, hardhat, and no-frills navy suit. And learned how to call the shots.

I loved so much about my job - the challenge, the complexity, and how I was blazing a trail through uncharted territory as a woman.

One day I took my Fortune 200 CEO aside and let him know he'd presented some (not-so-accurate :) facts to a room full of other big company execs.

When he called me up to his office later that day, I thought for sure he was about to hand me a pink slip. Instead, he offered me one of his prized ball caps. The ones he offered all his "favorite" employees.

(I found out later, by the way, that he'd added me to a shortlist to be his assistant...right about the time he was tapped to head up our 30,000 person company.)

​The thing is, this job was my training ground for:

Even - especially - when the stakes were high, when I felt shaky, or when I might fall flat on my face.
But then - at the age of 27 - my world was ROCKED by a series of life-changing events.

I lost both my parents within a five-month period, and a serious relationship tanked at the same time.

Suddenly everything around me seemed to be collapsing. I felt completely lost, afraid, and defeated.

I didn't know what to do... so I did the only thing I could think of: buried myself in work and crawled back into my shell.
Those were dark days, but I realized something rather remarkable…
​
Even though my support system had disappeared, I was still standing.

After tons of soul-searching, long beach walks, meditating, lots of tears, support from dear friends, therapy, running, and more therapy, I picked myself up. And I noticed I felt STRONGER, more comfortable, and more CONFIDENT than ever before.
Turns out, I could survive anything life threw at me. I trusted that I'd be okay - no matter what kind of big, scary, life-altering events I encountered.
And you bet I had plenty of those moments and BIG shake ups - exciting ones and t-t-terrifying ones...

Like when I decided to extricate myself from "the golden handcuffs" after nearly 15 years with the same company. I didn't know where I was headed (THAT was freakin' scary); all I knew was it no longer felt right and it was time to move on.

Then I got married, moved across country, switched fields (I'd already traded my construction gear for power suits, but this time I transitioned into a business development gig at a tech startup.), had a couple miscarriages and a rough childbirth, raised my sweet child, tragically lost my beloved brother, launched my girl into the world...and that's just the short list! :)
After all that, I knew in my heart I could do anything. I could handle change. Even though change is rarely a breeze - no matter how big or small.
But change wasn't done with me. Life tried, once again, to knock me off my feet...

After staying home to raise my daughter, I was trying to find my place back into the workforce. I'd retrained and amassed certifications, credentials, and lots of impressive letters after my name. I was READY to work again.

Right in the midst of interviewing, I was hit by a battery of bizarre and debilitating chronic symptoms. Everything from brain fog and fatigue to dizzy spells and what felt like my insides were literally on fire - and two years of chronic back pain.

Oh, and did I mention about the pickup truck did a 360 into my car while I was driving across a bridge one day...just as my back had finally healed?
​
That marked a scary time of my life, and a crushing setback.
​After facing and surviving what was a daunting, seemingly hopeless chain of events, I felt like I'd somehow been transformed.
Working with the right doctors, engaging in some serious self-reflection, and making some monumental changes in my life, I felt healthy, strong, totally recharged...and more spiritually and emotionally rooted. ​
And this whole time, something amazing was brewing…

I'd started mentoring people - the younger female engineers from my corporate days, a newly divorced mom from Iran trying to break into a not-so-welcoming workforce, a Southern Sudanese refugee just trying to survive and understand a culture that was completely different from the one she knew.

Later I threw myself into leadership training and public speaking, to strengthen my own voice (and release the tension and pain I'd been toting around for so long). I noticed that just about everyone coming into that training was craving a way to ease the terror (like I'd once had) of publicly telling their stories. Time and again, I found myself fervently drawn to mentoring people. Before long I was asked to lead the group.

That fascination with helping people move through their fear, grow their confidence, step into leadership, and powerfully and eloquently tell their stories seemed to be pulling me toward some greater purpose.
One day, reading some kind words from a mentee (how positive, thorough, and supportive my feedback was), I had a huge a-ha and got a wild hair:
I wanted to convene groups of women to offer a supportive place to share their struggles, doubts, and aspirations. I wanted "The Circle" to be centered around a topic - like managing through transition, cultivating courage, building self-trust, stepping into our power, and growing healthy boundaries.
And I wanted these women to know they were not alone, that they had a trusted guide and a caring community encouraging them, and that they could move beyond whatever was holding them back.
Soon after launching these groups, one of the women asked me if I'd coach her. Of course, I jumped at the chance!

Let me tell you: I floated out of that first coaching session on a ginormous adrenaline cloud. Something about it felt so right.

(But I also realized at that point that I knew very little about coaching, which is quite different from mentoring...so I immediately enrolled in a rigorous, top-notch program to learn how to actually be a coach :)
Today, I've shifted into a career I love...
and have so enjoyed running and learning about being a business owner. I set my own hours and make time to do the things that are nourishing and flat-out fun - like hiking among the Pacific firs with my husband and little pup Poppy, downhill skiing, hanging out on a yoga mat, swimming in a lake at sunrise, traveling with my family, and slamming tennis balls. 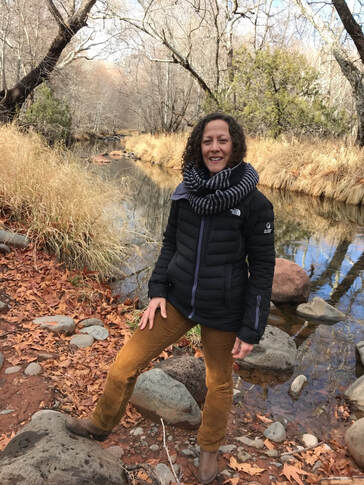 Since starting my coaching practice...
I've had the honor and delight of working with hundreds of wonderful human beings, helping them more fully accept themselves, take charge of their lives, confidently be who they are, and go after the things they most desire.

And the thing I tell them all is this:
If you're ready to step more fully into the life you desire
and really make it count,

I can help.
HERE'S HOW